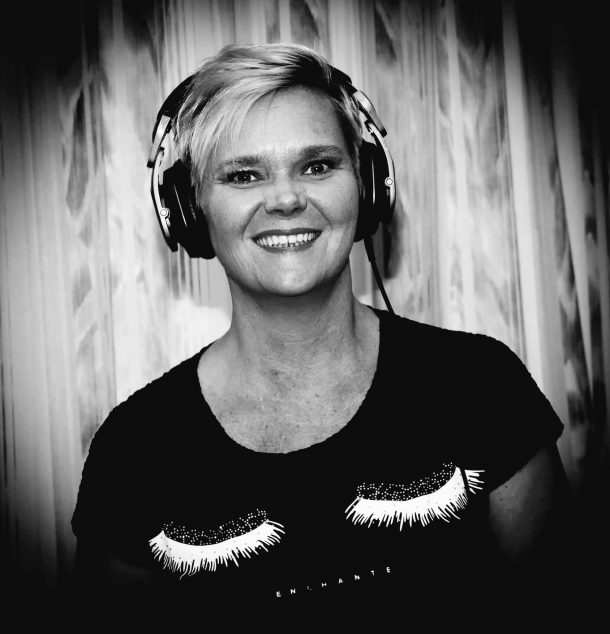 With her primary needs for dance, excitement and music, her inexhaustible energy as well as her talent and having performed as an all-round aerobics instructor for more then a decade, it was obvious it was only a matter of time before this “Cool Dutch Chick” started mixing herself and became addicted to spinning the wheels. This chick with skills has given new meaning to a “Dutch Treat” In no time she has managed to firmly establish herself alongside some of the biggest and finest deejays in The Netherlands, made exclusive interviews, photo-shoots, has been on national television and has done her share of airtime on several established radio stations.Her refreshing and original interpretation of what is house music is all about caught the right attention and has given her the opportunity to perform in most trendy and leading clubs throughout The Netherlands, Belgium, Germany and Ibiza. She is well known for her interaction with her audience as well as her technical skills and has released numerous tracks throughout the years. She is always dancing and enjoying every single beat, she is cute, funny, entertaining and the exception on the rule within the house scene. A pleasure for your ears and eyes. What you see is what you get….wicked !Her exceptional taste and choice of music as well as her own productions can be described and experienced as a cocktail of pure, naughty, sensual, happy and basic beatz served with a slice of positive energy soaked in tickling and thrilling underbelly basses. Miss 4Play will take you on a tour of latin, groove, progressive, big room, techno, tribal & tech-house varied by exciting uplifting clubby vocals. Stay tuned for more refreshing releases ! 3 years ago in News
Newsletter