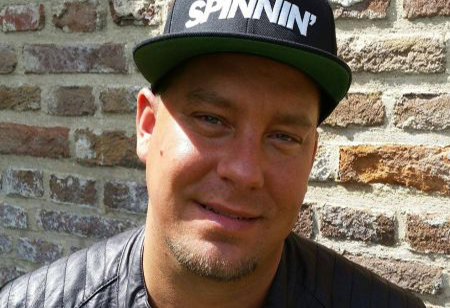 San Sebastian, born and raised in Veenendaal, the Netherlands, where well known artists like Nicky Romero, Headhunterz, DJ Jean, Wildstyles, Jaydee and Noisecontrollers also have their roots. At a young age he started to play the drums and reached, together with Cesar Zuiderwijk (Golden Earring) and 1000 other drummers, the Guinness Book Of Records.

With the money earned he bought records and start learning to become a DJ. Even though he was only 15 years old, Sebastian won a mixing contest. So he started DJ-ing at a young age in Dutch clubs. Because Sebastian wanted more in music he started to record his own sounds and drums. DJ and producer Peran/Zroq saw the skills of the young talent and helped him to built his own studio.

“Straight on” was his first record singed by Rhythm Import Recordings in 2005. He was (and still is) very proud of this. It was even great to see “Straight on” was supported by sevaral DJ’s like: Tiesto, Cosmic Gate, Sander van Doorn, Judge Jules, Markus Schulz, Marco V, Pete Tong and Ferry Corsten. After his first release, Sebastian received several requests for remixes and productions for international artists and music labels.

“More releases and collaborations are still to come in 2016! We’re just getting started”

7 years ago in Spotlight
Newsletter